So, sat there twiddling my thumbs, I decided to go for a little meander up in the hills near my house. There are a few lanes that run through with which I had never been down, so figured I'd follow one until I either plummeted off a cliff to my death, or I got shot by some google eyed hunter type person, who mistook me for some sort of Japanese 4x4 boar, or something. 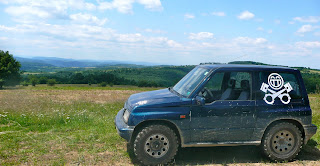 Top of the hill 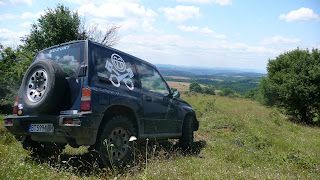 A little lumpy bit to play on. It was only after trying to get up a grassy slope and failing miserably, that I remembered the manul hubs, and switched them to 4x4. I punched myself in the face. 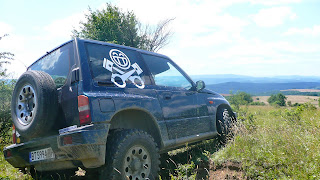 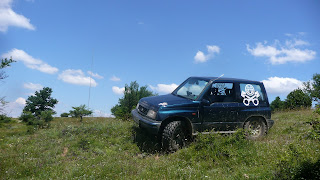 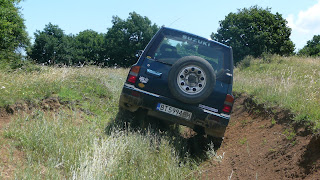 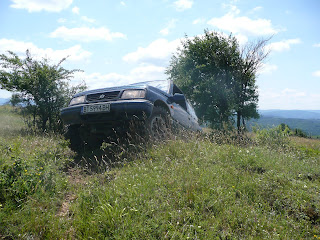 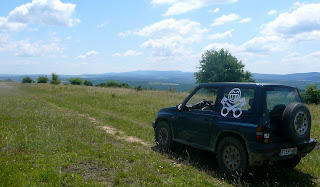 Into the wooded trail bits. Went on for a few miles 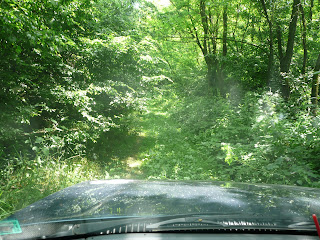 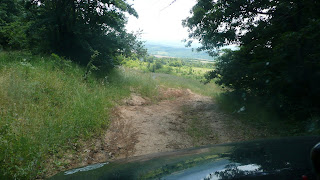 Opened to a farmers field. Although grassed over, with a clear trail, it was still very rutted. Bouncier than it looked 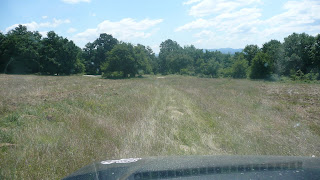 To a road, where the trail continued on the other side 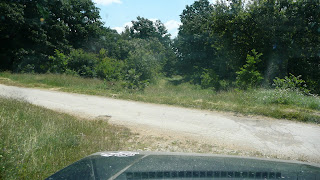 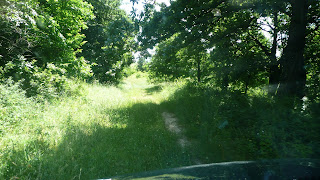 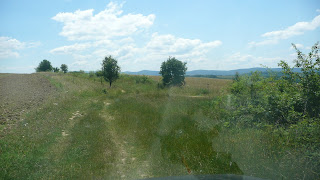 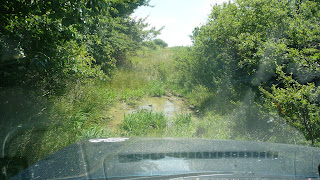 At the end was this small muddy puddle. No problem I hear you cry... Well, it was about as deep as the front wheel arch. Powered through without an issue, but could easily catch you out! Wasn't overly troublesome trail, but it whiled away a few hours. Around 40KM's in total.
Posted by Unknown at 03:04