So winter is sort of over. We replaced the winter tyres with MT's. Simon opted to try my old 215 Malatesta Kobra Trac's on the SJ. Looks good on it, and gave it a decent wee lift over the MT's he had on. I opted for Si's MT's from last year, which were a tad larger than my own Insa Turbo's. We also fitted the 30mm spacers onto both to give a little more width.

We both had a hell of a time getting up this innocuous looking logging trail. It doesn't look steep, but it was quite an incline. The clay-like mud, which just stuck to the tyres and was hard to clean out gave next to no grip. Simon got up due to an expertly placed rock, (takes a bow), and I only got up with the addition of a lump of a brother standing on my bumper. 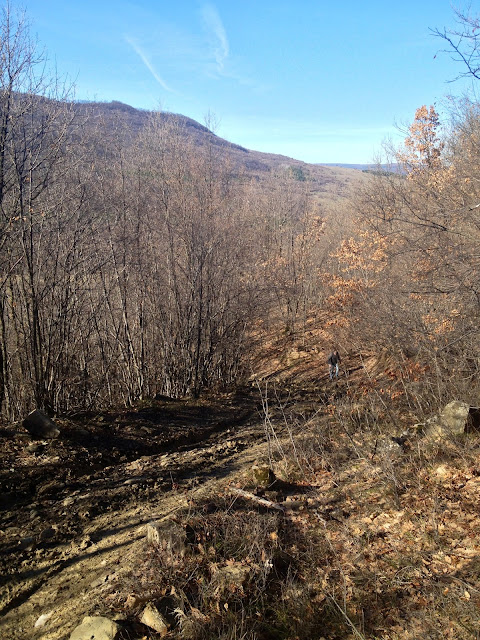 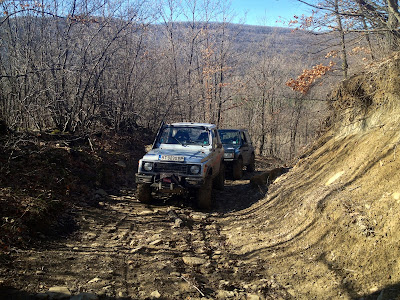 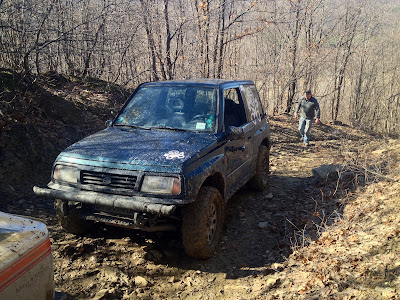 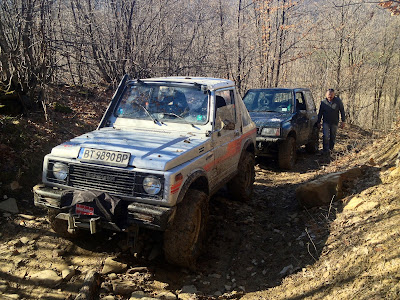 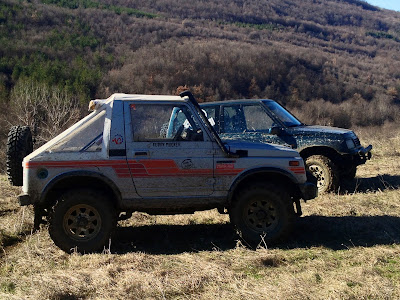 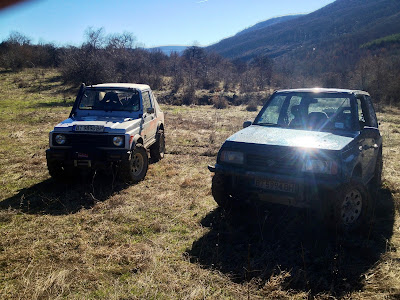