Another night out camping...

So the weather had another opening, so we thought we would go off and have a look at other parts around the lake we visited last week. We camped in the same spot, (creatures of habit), but went further afield to see what we could find.

Si's SJ. He had issues all day with what we think is his carb. It keeps cutting out, (as you will see in the video if you bother to get that far!) 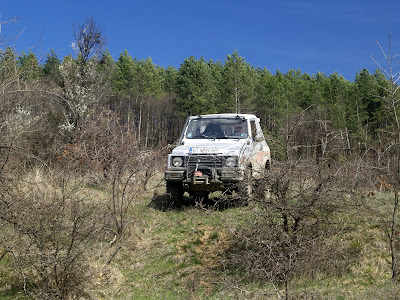 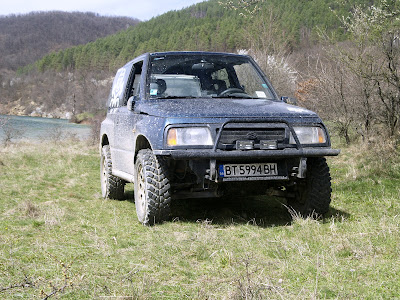 Dropped some logs off at the campsite for the fire later that evening. 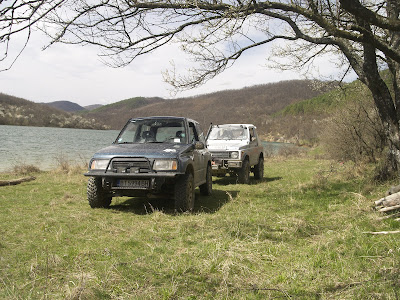 So off we went for a pootle. Found a few bits to have some fun on. Again, much of our stuff is on the fly, so we never quite know what we will find as we make our way from where we are to where we happen to end up. 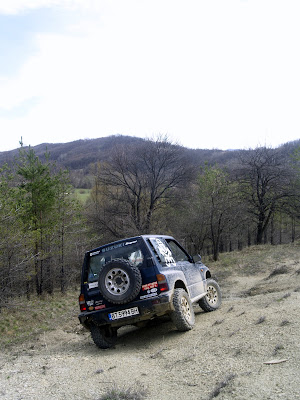 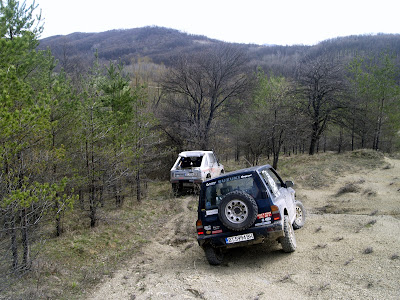 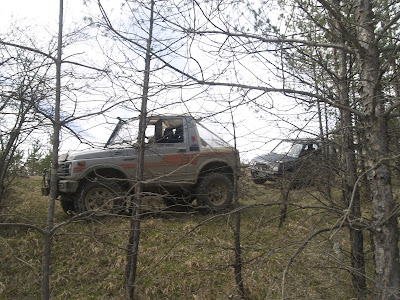 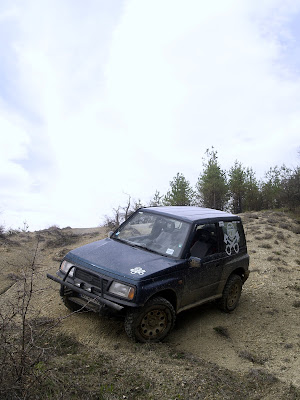 Down one trail it looked like either an alien spacecraft had crashed, a meteorite had plummeted to earth, or there had been some sort of nuclear test. 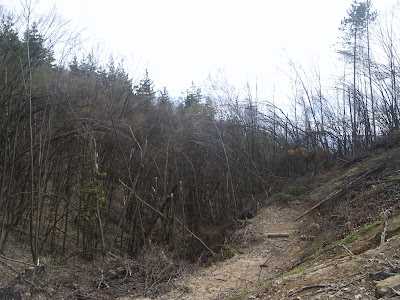 Trees bent over all in one direction... 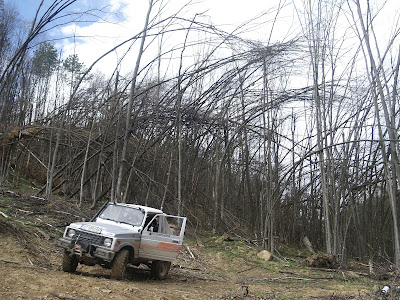 Along with the logging, it looked pretty surreal. We'd had some pretty severe storms these last few weeks, so presumably the winds had buggered up the trees. 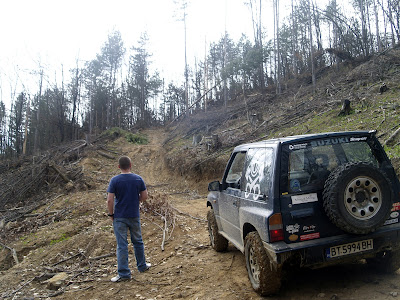 Off again, over the brow of a hill trying to find a path through the spiky, arm scratching bushes. 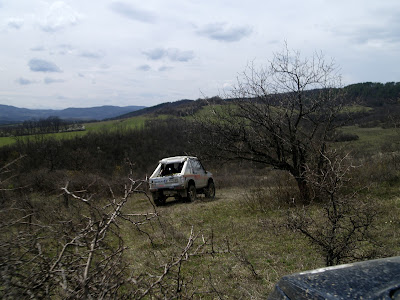 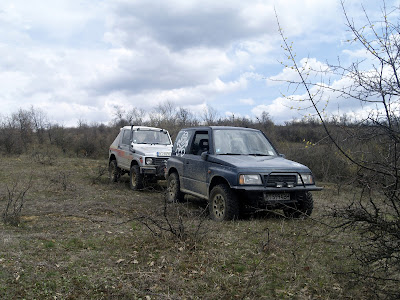 Made camp. Same place, and tents in pretty much the same place. We dragged a big log from nearby as a seat/table/footrest. 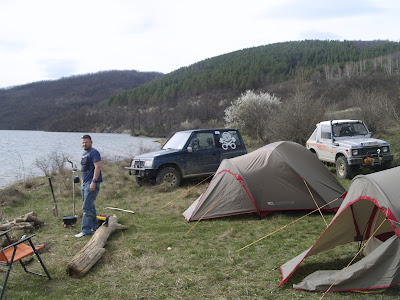 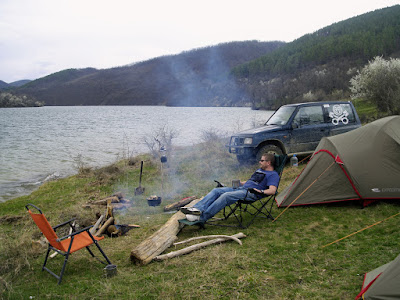 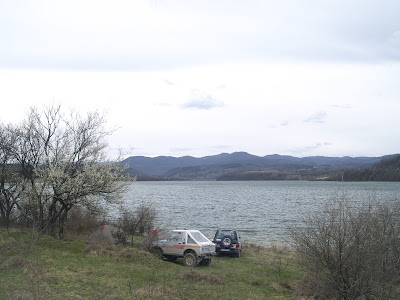 Heading up a hillside to see what was on the other side. 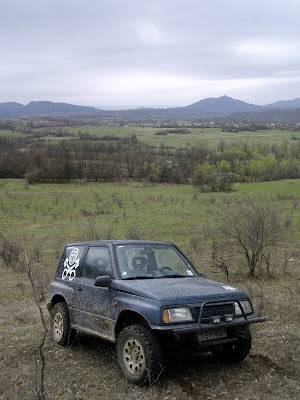 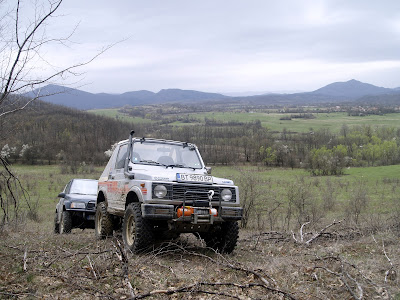 Found a reservoir with some sand to play in on the other side. 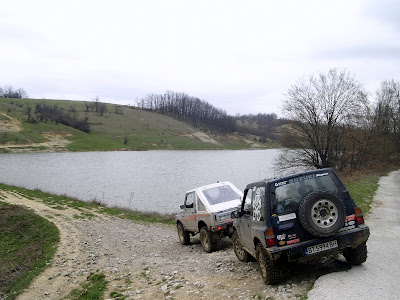 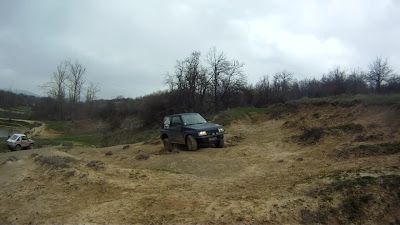 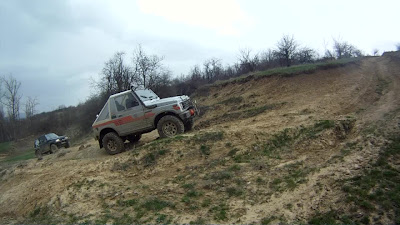 Making our way up another valley, we hat some muddy stretches with some pretty deep ruts. They don't look it in the pics, but some of these were made by tractors/Ural trucks, and would easily beach you if you slid into one. Crossing them was a pain. 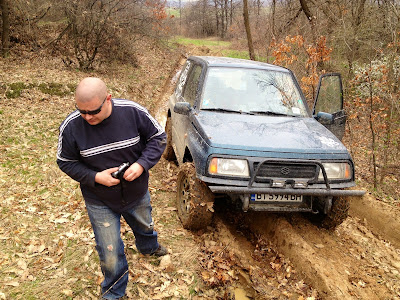 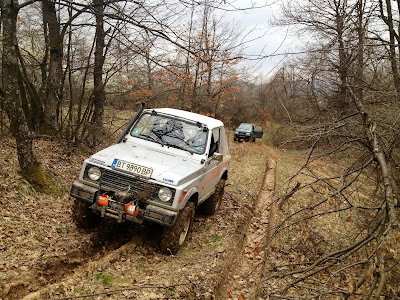 Up on top of a valley. This pic was taken just after Si's SJ, (hereby known as Christine), tried to kill him. He was on a steep slope, and stopped to take a pic. He put his handbrake on, and was in the process of getting out when the car slid off its brake, and down the slope, stopping a few feet further down. A bit of poo came out, apparently. I pissed myself in the Vit behind. Started raining at this point, so made our way back down before the bottom of the valley got swamped. 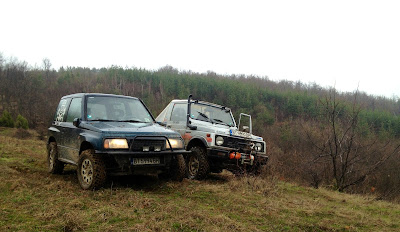